roses would be like a fresco of Carpaccio or Piero de la Francesca, with stories in the foreground (battles), and then the view pans across the picture and meets other stories in the background (a man alone near a cave). The spectator acts with his imagination on the narrative, which is not a conventional narrative, but rather flashes, fragments, specific moments that all evoke Richard's relationship with his brothers, his mother... Here it is not the figure of the monstrous Richard that is central, but the others, and all that revolves around this sordid family history, the relationships that the individual maintains with his environment.

roses is like an organic experience of Shakespeare and Richard III, it is a physical experience like a marathon, where one falls, one gets up, bursts out laughing and then weeps...

roses is a montage of scenes where the tragic and the comic walk a tight rope... This text is like modeling clay, to be experienced in the same way as the body, as space and all the materials on stage.

roses also questions the stage, writing for the theatre, its construction, the space of mental projection. Rather than an adaptation, it is an exploration of the text and its universe.

The text will sometimes be replaced by the body, by silences, by empty spaces. As is often the case, an image presides over creation: an immense table around which the whole family is united, the scenography becomes text.

After wonderful world and tout semblait immobile, words acquires a new importance in roses it does not deprive itself of its profoundly plastic character.

As a ghost might well be Richard III himself, played in turn by the four male actors on stage, as if to emphasize that he is potentially in each of us, that he is a state of body and mind. Nathalie Béasse. 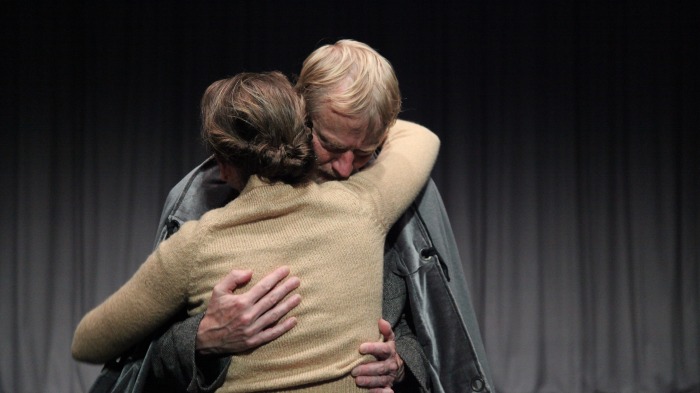 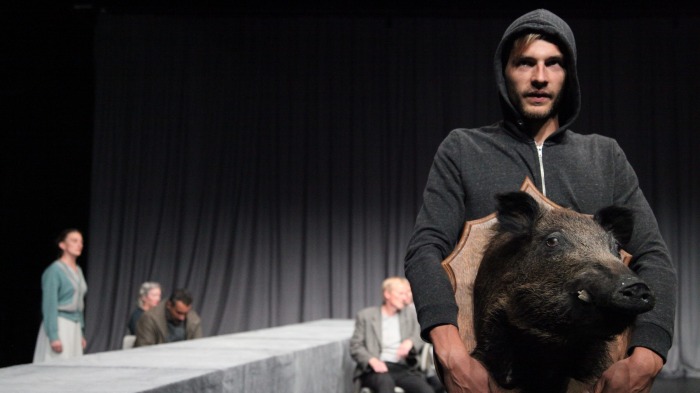 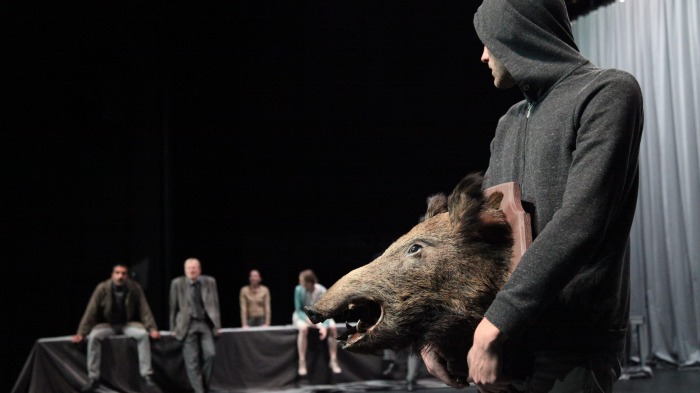 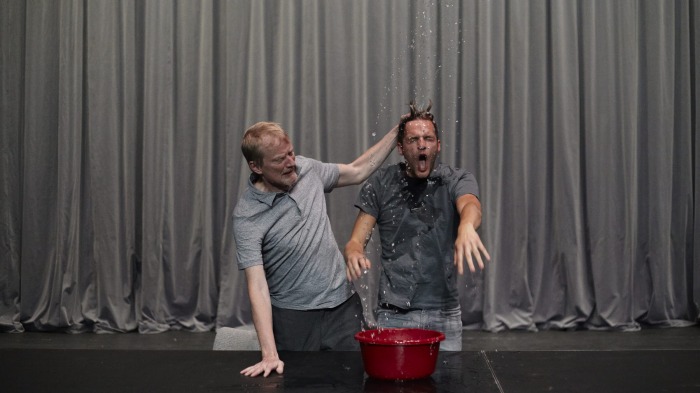 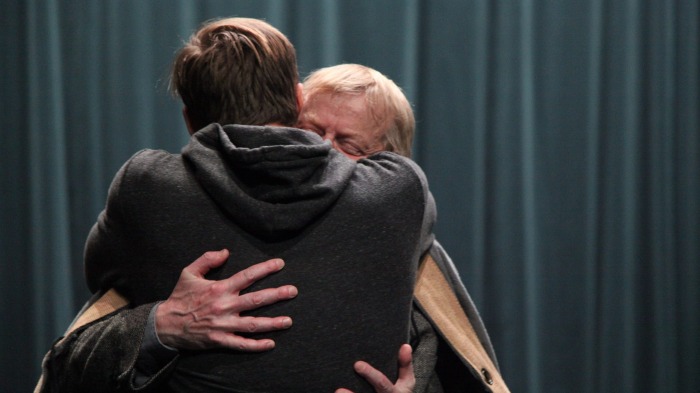 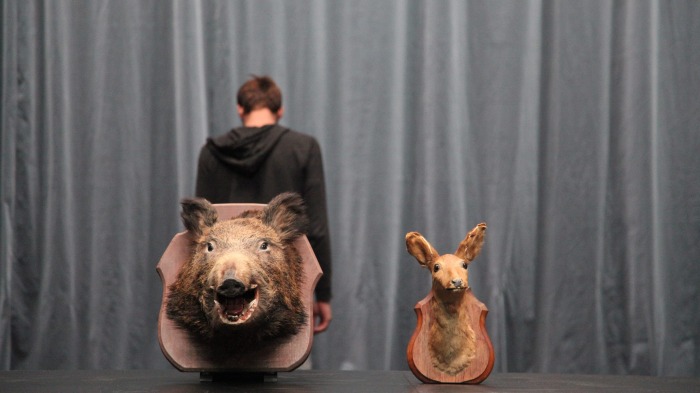 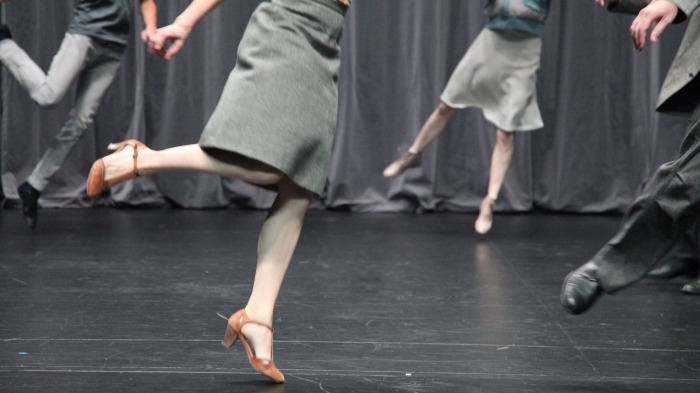 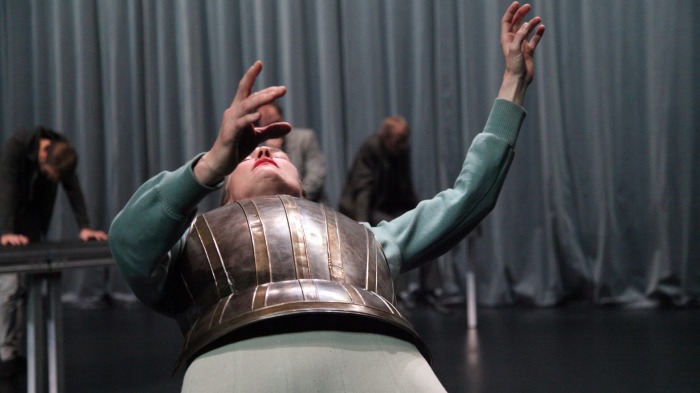